But how much comfort should the TV audience take from the way in which Kirkman and Adlard wrapped their run?


Perhaps not as much. In the show's version of events, Carl is dead and Rick is far away, albeit set to make some kind of return in a series of movies for AMC.

Even then, the denizens of Alexandria, the Hilltop and the Kingdom all believe Rick is dead — and in the several years that followed his supposed death, the communities grew further apart rather than rallying together in the wake of his loss. The entire Walking Dead comic book finale hinges on Rick having died a martyr, paving the way for a pseudo-utopia. Without Rick actively in the Walking Dead television series, even if he's still somewhere out in the universe, can the show come anywhere near the same ending?

There are characters on the show who could theoretically occupy the pivotal Rick and Carl spots: Michonne and Judith Grimes, for instance. But the Michonne of the AMC series isn't likely to end up as Judge Hawthorne, as the show's version of the character wasn't a lawyer before the apocalypse. Depending on the circumstances of her departure, Michonne may not even be alive to see the end of the series. As always, there's the wild card to consider: Norman Reedus as Daryl Dixon, a character who doesn't appear in the comics at all.


Perhaps he could serve as a martyr, a la Rick's comic book fate; then again, Daryl doesn't quite instill the same spirit of leadership and camaraderie as good old Sheriff Grimes. Besides, there's the old saying to a consider: "If Daryl dies, we riot. If there's anything from the Walking Dead comics' ending that could prove useful for divining Daryl's eventual fate, perhaps it's Carl's eventual marriage to Sophia.

X-Men: The End Book One

In the comics, the two are childhood sweethearts before becoming nothing more than great friends in their teenage years. The platonic relationship eventually evolved, clearly. Could a similar pairing occur by the end of the TV adaptation between Daryl and the late Sophia's mother, Carol?

But many of those threads were cut or changed on the show — and one such omission was the existence of Dany's nephew, Aegon Targaryen. Rhaegar's son was presumed dead in the sack of King's Landing, but it's revealed that he was smuggled out of the castle and has been raised in exile by Targaryen loyalist Jon Connington, masquerading as merchants named Griff and Young Griff. While Dany is still stuck in Meereen, Aegon has already landed in Westeros to start shoring up support before his aunt can get there.

Of course, the question of whether Young Griff is actually Aegon or just another in a line of fake Targaryens known as the Blackfyre Pretenders remains up for debate. But it's a major hiccup in Dany's road to conquest, and without the presence of her faux? The Greyjoys are another of the factions in Martin's novels that are moving full steam ahead towards a collision with Daenerys… and things for the Ironborn family look very different on the page.

There, Theon and Yara or Asha, as Martin named her are both currently held captive by a still-alive Stannis Baratheon, and their uncle Victarion is on his way to woo Daenerys in their other uncle Euron's name.

Naturally, Victarion plans to betray his brother and take Dany for himself. On the show, Euron himself is wooing Cersei instead, and Victarion doesn't even exist. So what is the show's endgame when it comes to the Greyjoys? Viewers should be used to complaints about the lack of Lady Stoneheart by now, but it's a pair of missing horns that seems like it could be more relevant to how the end of Game Of Thrones plays out. On the "fire" end of the spectrum, there's Dragonbinder , carved from the horn of a dragon, and able to bind any dragon who hears its blast to the will of the person who possesses it.

On the "ice" end of the spectrum, there's the Horn of Winter also called the Horn of Joramun, after an ancient King-Beyond-The-Wall , carved from the horn of an aurochs, and supposedly capable of bringing down the Wall with one blast.

Popular theory holds that, in the books, the Night King will use the Horn of Winter to destroy the Wall and invade Westeros. While it's possible both of these artifacts could still be introduced on the show, it seems unlikely at this point. Increasingly, the show has been killing off characters who are still alive in the books. 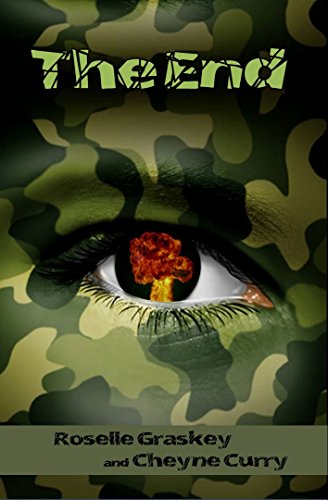 This particular change in adaptation isn't anything new; it stretches all the way back to the death of Dany's bloodrider Rakharo in Season 2. But the pace of these unexpected deaths has undoubtedly been picking up lately. Given that no one has read Martin's last two books, it's impossible to say how many of these characters will factor into the story's endgame in any sizable way.

Ser Barristan comes to mind: he's just starting to rise in prominence in the novels, getting his own point-of-view chapters towards the end of A Dance With Dragons … but he was killed off on the show before his character ever reached that point.

So, to recap: there are only six episodes of Game Of Thrones left; Sansa has taken a major detour; relationships between the Lannister siblings are very different; the Dornish have been wiped off the board; Dany's biggest obstacle to the throne doesn't exist; and nobody really knows what's going on with the Greyjoys. All of these are likely to have huge ramifications when it comes to the way the story ends, but the biggest reason that the endings of the show and the book might be different is also the simplest: just because.

Medicine has triumphed in modern times, transforming the dangers of childbirth, injury, and disease from harrowing to manageable. But when it comes to the inescapable realities of aging and death, what medicine can do often runs counter to what it should. Through eye-opening research and gripping stories of his own patients and family, Gawande reveals the suffering this dynamic has produced. Nursing homes, devoted above all to safety, battle with residents over the food they are allowed to eat and the choices they are allowed to make.

And families go along with all of it.